Mercury retro in Sagittarius is in a square to Neptune and the Moon in Pisces, compels us to sharpen our vision and come out of denial. It is a powerful awakener so expect some part of your life to be examined and analyzed. You might even decide, something needs to get cleared up. Something that just hasn’t added up for a while.

Right now, Mercury is confronting an inherently compulsively pathological consciousness, that perpetuates illusions, escapism, addictions or denial of some sort. It forces these situations to implode. A force inside of  us suddenly only wants truth and progress, and we’re  desiring change.

At this time, Mercury sharpens our awareness in a way we can see how much the world has degraded into an unreal upside down world. being perfectly content to live in increasing unreality. Either we are witnessing this in the world, or are having a personal confrontation with a dysfunctional situation.  How are we to ever unravel each deception woven now into the fabric of society’s beliefs? It appears it has gotten in, EVERYWHERE.

Mercury is pulling veils back now to uncover the secrets. Secrets and deceptions and/or compromises are out of control, but the Mercury exposes them sharply now. Many are astonished at how thick and accelerated the illusion and dysfunction is. The months of October/November/December 2018 has a theme:

Trust your instincts, dig for the truth, don’t doubt yourself.

It is the cycle of confronting deception, unresolved problems that have many layers.  The power of Mercury’s hyper focusing abilities inspires us. We see more accurately now, “How much of what I’m accepting in this life, is actually real, beneficial or the reverse? Which parts are true and good, and what things are actually harmful? What if the reality I am in, is not real? What if the world is truly a MIRROR WORLD?” Think of self, and think of the world. The theme of Mercury is Observe the Mirror.

“How much of me is living in a Neptune world or in truth? Have I been manipulated to live with it, be okay with it, and even if I admit it’s happening, I don’t know how to change it anyway. What do I do, where do I begin?”

We are sailing through our existence, making decisions each day, without much thought, based on our version of reality some accurate and some highly influenced by outer energies. Take any global issue, listen to the arguments pro and con- is it possible that truth, has become unpopular,  a muddy wrong, and the astral degradation has become the popular trend, leading to further entrapment?

Is it possible, what seemed so clearly a danger to one’s quality of higher living, is now the accepted popular path?

Think of the things we decide in our minds to push away, because of our complex life, but ten or twenty years prior, would be unthinkable. Is it too hard to swim upstream? I think it’s overwhelming to swim upstream, but something deep inside of me, won’t allow me to stop swimming up the stream.

Gnostic teachings reveal the plan of the Archons to ensnare humanity in a grid of compromising choices, working on their evil for so long, so their end game is to own the world in a non-living state.  Degree by degree the compromises take place. Mind compromise, body compromise, emotional apathy, degeneration of the nerves, the chakras and mental astuteness. Wrong education is now considered accurate. Lies are truths, and for revealing the truth, you will be punished, socially, personally, and globally. Yet, at the same time, small harmless comments, innocent actions are brought into a court of law, and made into a ridiculous crime with extreme punishment. Everything is back-ass-wards as my mother would say, and it’s becoming worse. Mirror World. I don’t know anything anymore and feel I’m walking through Alice in Wonderland with Johnny Depp. 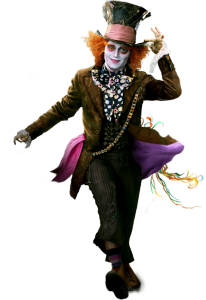 Why this theme with Mercury Retrograde?  Mercury retro is in square to Neptune and the Moon in Pisces. Mercury pleads, “Walk among the living.”  Take your hand and push it through the veil, Voila! A reality world is just beyond. How do you get there? ( Not, the Looking glass world)

“ Beyond time and space, I Am calling into action, the Divine Truth of every thing, all around me this day. I invoke the Mind of God, the sweet powerful magnificence of the all seeing eye of God into every condition, situation, activity and contemplation, now.”

Mercury slows down to a station position, at 13* Sagittarius. As it stops in that position it appears to move in reverse, it will square Neptune at 13*and the Moon at 12* Pisces. Its action really began on October 20 peaking on Nov 17, then up through December 6, 2018.

The square not only creates an atmosphere of an unsettling confusion and deception more likely at this time, as in election ballot tampering, but Mercury also signals to us all, we are suddenly being called into THE ASSIGNMENT, to confront the unexplainable, and expect answers.

Think about your own personal situations. What has been compromising, strange, ” how did I get here?” Turn, face and get square with this Neptunian mist/mirror device, that is accelerating its infiltration into every single area of our lives. Where the insignificant harmless is magnified drama and the most undesirable is now harmless and acceptable, this wave needs to be counteracted by the TRUTH.

The mist world has been here a long time, but the Mercury square Neptune, is to alert us that it’s getting so serious, something must be done- time to torch the mist, and reveal there is this huge mechanism of producing twists and lies and  is getting out of control. It wants to flip everything upside down and and rightside wrong. It’s a time this November/December, to SEE IT. To admit it’s happening, and you, me, thousands can make corrections individually, challenge it and call it when it occurs.

Under the theme of Neptune square Mercury retro, it prompts us to go higher, and seek a spiritual connection to find ultimate understanding of a situation. It’s like saying “We’re on the right track, but how much of it is still missing, or being manipulated?” Can energies outside of us insert themselves into any potentially constructive wave of ideas?

Enter the concept Archons. Are they real? Do they know how to manipulate this world and our lives, truly? To some degree, can they read our minds or intentions? Do they really observe our life situations? Like in the movie The Adjustment Bureau? Are there truly a race of inter-dimensional consciousness, like Fallen Angels, who have entered our paradise world ages ago, and began to manipulate our reality for their own purposes? http://gnosis.org/naghamm/Hypostas-Barnstone.html

Is the Mercury helping us focus upon this very issue of illusion, in order to empower us with the far-sightedness and mental strength of Sagittarius? I think so, because inherent within Sagittarius, is the Protection of its planet, Jupiter. There would be then, an excellent action of invincibleness, expanded knowledge, wisdom, ethics, morality and higher standard pouring through this one Mercury Retro in Sag at this time, to counteract the subversive Neptune in Pisces problem.

The mirror mechanism itself has a consciousness.  Whether it is from another realm or not, it seems IT has become desperate to accelerate its mixed up agenda to insert extreme chaos everywhere, then when people attempt to challenge it, they are called idiots, evil, criminal and the ones who are wrong. It’s crazy. It’s crazy world, mirror world.  Simply saying, the theme now through December is to take note of what has been passively dismissed or brushed aside, procrastinated away, or forgotten a higher way, a smarter way. Don’t lose it. Don’t allow life to degrade. Don’t neglect your life. Confront the Neptunian deluge of energetic apathy. Whatever you know works for you to remain clear, don’t resist doing it…that is part of the manipulation, to resist. Procrastination is part of the manipulation. Talking yourself into  something that you know years ago was a bad idea, is part of the manipulation. We are full into a dream. Get out. Get out of the dream. Wake up. So many things have contributed to accelerating it. It’s easy, make a prayer, an affirmation, a call outloud. “Mighty I Am, get me out of this apathy now! Take charge of my brain, my mind and thoughts and increase my love powerfully.”

Be careful, mindful, objective, and collect details, or shelve the opinions for another time when you are sure you have it right. Your decisions and beliefs impact your emotional bias, which lead to actions, which then lead to either blessings or mistakes. I’ve been on both sides. It’s so hard to know. It’s a process. But worth paying attention. But, whenever I ASK, it is shown, and I can correct my path.

Mercury retro in Sag, is the lesson of higher thought, opinions, judgments, beliefs,  social cultural positioning. It’s a time of expansion of integrity of thought, ideas, philosophical experimentation, positive attitude and quantum thinking of intention and manifestation. It’s the sign we love because it rules believing in something so much, we alter our lives around these beliefs and codes. It governs your behavior and establishes your code you follow. It’s a good thing, and we need Sagittarius. It helps us maintain THE HIGHER STANDARD.

However, Mercury retro in Sag, square to Neptune, without facts, without objectivity, research or discovery of historical trails, leads to either increase deceptive beliefs or! the exposure of being led down a fuzzy set of stories. But when it is confronted, dissected and corrected, the future outcome will change. This is the Power of Mercury. This is what is being called out this November, this is what the God-Mercury desires us to NOT FORGET or Neglect.  To Ask and Question, use your intuition and your logic, use your own experience plus ask for the truth.

The key? Challenge things that do not seem to match up, make sense, or your intuition is nudging you to stop everything and take a deeper look at a situation. It’s here to protect you.

The desire to believe in ideals and passionate stories is so strong in us. Mercury in Sag, inspires us to embrace these ideals, but comes with a warning, which is the square to Neptune, that there are deceptions woven within the stories we hear, we must have filters for. Where does this desire inside of us for answers, for reality and truth come from? What is real and what is not? 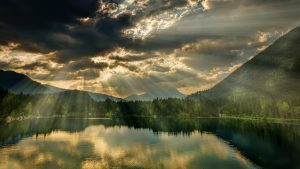 We crave reality! We find comfort ultimately in truth. Keep asking, keep digging…shelve the information which can neither be proved nor disproved, until you really know. But,  don’t forget it. Everything will be revealed.

Matrix I The Movie

The Outer Light “Did the world really end in 2012?”  Very fun, entertaining, worth watching

And Just for some real weird fun: https://www.reddit.com/r/conspiracy/comments/9wiepd/did_the_world_end_in_2012/